Tiger by the Tail: India’s RBI looks to Rein in Fintech 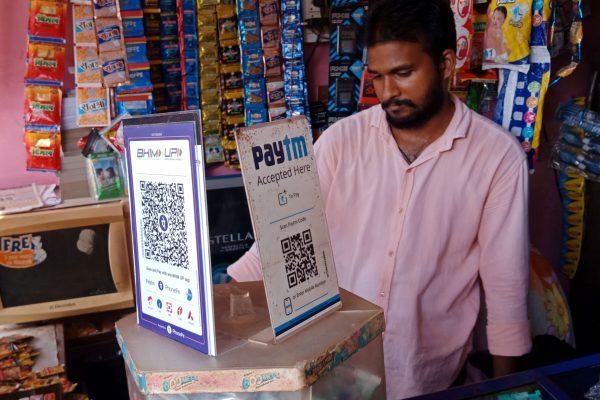 The COVID-19 pandemic heralded a golden age for financial technology, hastening the global adoption of fintech products of all stripes. Driven by fears of contamination, touchless, cashless modes of transacting were encouraged at all levels. Lockdowns pressured household finances, pushing consumers to borrow from digital banks. Central banks once again reduced interest rates to near-zero with no end in sight. Cryptocurrencies hit all-time highs and Bitcoin gained a foothold in the mainstream financial sector, even adopted as a national currency in El Salvador and the Central African Republic. Persistently low yields and sky-high U.S. equity valuations pushed investors into new markets, and emerging market fintechs were suddenly flush with cash and resources. Worldwide, $125 billion of venture capital was invested in fintechs in 2021.

Much of this $125 billion went to U.S. and European mega-rounds, but $14 billion went to the crown jewel of emerging markets fintech: India, which now has 21 fintech unicorns out of a total of 2,000, 6,000, or 10,000 fintechs, depending on the source. On the consumer side, the pace of fintech adoption in India is breathtaking. In 2019, 75 percent of all point-of-sale payments were made in cash. By 2020, this figure was just 38 percent, with the balance routed through payments systems, wallets, credit cards, and debit cards, according to Fitch. Indian Prime Minister Modi said in May of this year that 40 percent of digital transactions in 2021 took place in India, home to 16 percent of the world’s population.

Globally, governments have encouraged the growth of fintech ecosystems for several reasons. First, digitizing the economy simplifies tracking and taxation (in case you haven’t heard, the tax man is coming for your Venmo account). Increased digital payment infrastructure has contributed to a halving of India’s informal economy, according to the chief economist of the State Bank of India. Second, locally owned and operated payment rails and systems are preferable from a security standpoint. Third, reduced payment and settlement times mean quicker capital cycles, invigorating the economy.

Few large governments have been as gung-ho on fintech as India’s, which laid the groundwork for its modern fintech infrastructure in 2014 by linking the so-called JAM Trinity: zero-minimum bank accounts for the unbanked (known as Jan Dhan), linked with Aadhaar (India’s national biometric identification system), linked with mobile phone numbers. In the last decade, the government funded fintech-friendly initiatives including e-RUPI, the India Stack, and the Unified Payments Interface (UPI), and supported the fintech sector with guarantees, grants, and reforms, earmarking 15 billion Indian rupees ($200 million) to further incentivize digital payments in 2021’s Union Budget.

Get briefed on the story of the week, and developing stories to watch across the Asia-Pacific.

Indian fintechs are increasingly systemically important to the overall financial system. Far from the simple bank-versus-fintech framing of the modern financial services sector, Indian banks and fintechs are collaborating to leverage their respective advantages. Banks provide the regulatory know-how and balance sheet heft; fintechs provide novel underwriting and risk-scoring analytics, better UX, and greater flexibility. But as foreign capital pours into fintech coffers and new products and partnerships blur the lines between banks and non-banks, the Reserve Bank of India (RBI), originally a staunch supporter of  fintech, has begun to throw its weight on the other side.

Fintech services develop on a spectrum corresponding to overall consumer financial sophistication, spending and borrowing habits, and smartphone penetration. In wealthy countries, investment and neo-banking fintechs (Ally, SoFi, Robinhood) are dominant, but digitizing payments is the starting point for fintech in lower-income countries. Breaking consumers’ exclusive trust in cash (typically through payment services) is the first hurdle to fintech adoption, and other services generally follow.

India’s fintech space is especially unique. India is home to UPI, the world’s busiest real-time payment system. Established by the RBI in 2016 and managed by the country’s major banks, UPI allows for the real-time transfer of customer funds between participating banks via mobile phone, even via flip phone. UPI is an open network, allowing non-bank technology companies to build applications atop it, fostering an ecosystem of interrelated networks even used for interbank transfers and IPO allocations, in addition to texting a friend your share of the dinner bill. By all measures, it has been wildly successful, so much so that Google urged the Federal Reserve to create a similar system.

UPI enabled India’s massive digital payments market, and has spawned thousands of payments start-ups. It has attracted the attention of American corporate heavyweights, and the two largest payments providers in India today are Google Pay and Wal-Mart’s PhonePe, who combined have an 83 percent market share, ahead of offerings from Amazon, Facebook, Alibaba, and local players (a federal antitrust investigation against Google Pay is underway).

However, being a payments provider in India simply does not “pay.” By government mandate, all UPI transactions are free of charge; meaning payment fintechs (including those operated by Google and Wal-Mart) have ancillary offerings to generate income, typically lending and buy-now-pay-later (BNPL) services. Issuing credit in India is strictly regulated, so payments providers and other non-banking fintechs partner with licensed lenders to provide digital consumer loans, which tend to be small, short-term, and one-off.

India’s digital credit market has exploded in the last few years. Total lending volume doubled from 2017 to 2021, but the total digital lending grew an astonishing twelve-fold over the same period, as per the RBI’s 2021 Working Group Report on Digital Lending. Notably, unsecured (not backed by collateral) loans grew twice as fast as secured loans over the same period. Boston Consulting Group estimates digital loans will represent 50 percent of all retail loans by 2023, a total market of $300 billion. The same RBI working group found that of the 1,100 digital lending apps available on app stores, 600 were illegal under RBI definitions. A number of these illegal apps were operated by Chinese shell companies (India is not a welcoming environment for Chinese apps, with 273 apps banned at the most recent count, including TikTok).

Unlicensed fintechs were originally limited to issuing one-off consumer loans. But in recent years, fintechs entered the credit card market by loading Prepaid Purchasing Instruments (PPI) with credit lines provided by licensed lenders. These instruments frequently skirted certain Know-Your-Customer (KYC) regulations and charged above-market rates. According to the Payments Council of India, 600,000 such cards are issued each month, mostly to young Indians who otherwise might not be able to access credit.

These businesses, which technically operate in a legal gray area, as PPIs were not designated as credit instruments, suspended operations in June 2022 when the RBI banned the issuance of credit PPIs. Taken alone, this is a minor development (although the fintechs directly affected have raised over $700 million, mostly from U.S. investors), but the move indicates chillier relations between the fintech community and the government.

Theories abound for the anticipated regulatory tightening. First, there’s suspicion that the RBI is putting a finger on the scale for India’s traditional banking system. There’s an assumption that as the fintech market matures, participants will be molded in the shape of traditional banks and subject to comparable regulations. Most importantly, given the meteoric growth of digital credit, there’s a sense that consumer lending could spin out of control, saddling consumers with unserviceable debt incurred in legal gray areas and away from the watchful eye of the RBI.

India’s government is among friends as it turns a more critical eye towards digital lending. China’s crackdown in late 2020 was ahead of the curve, sending a clear message with…

Read More:Tiger by the Tail: India’s RBI looks to Rein in Fintech

What a recession could mean for you

What a recession could mean for you 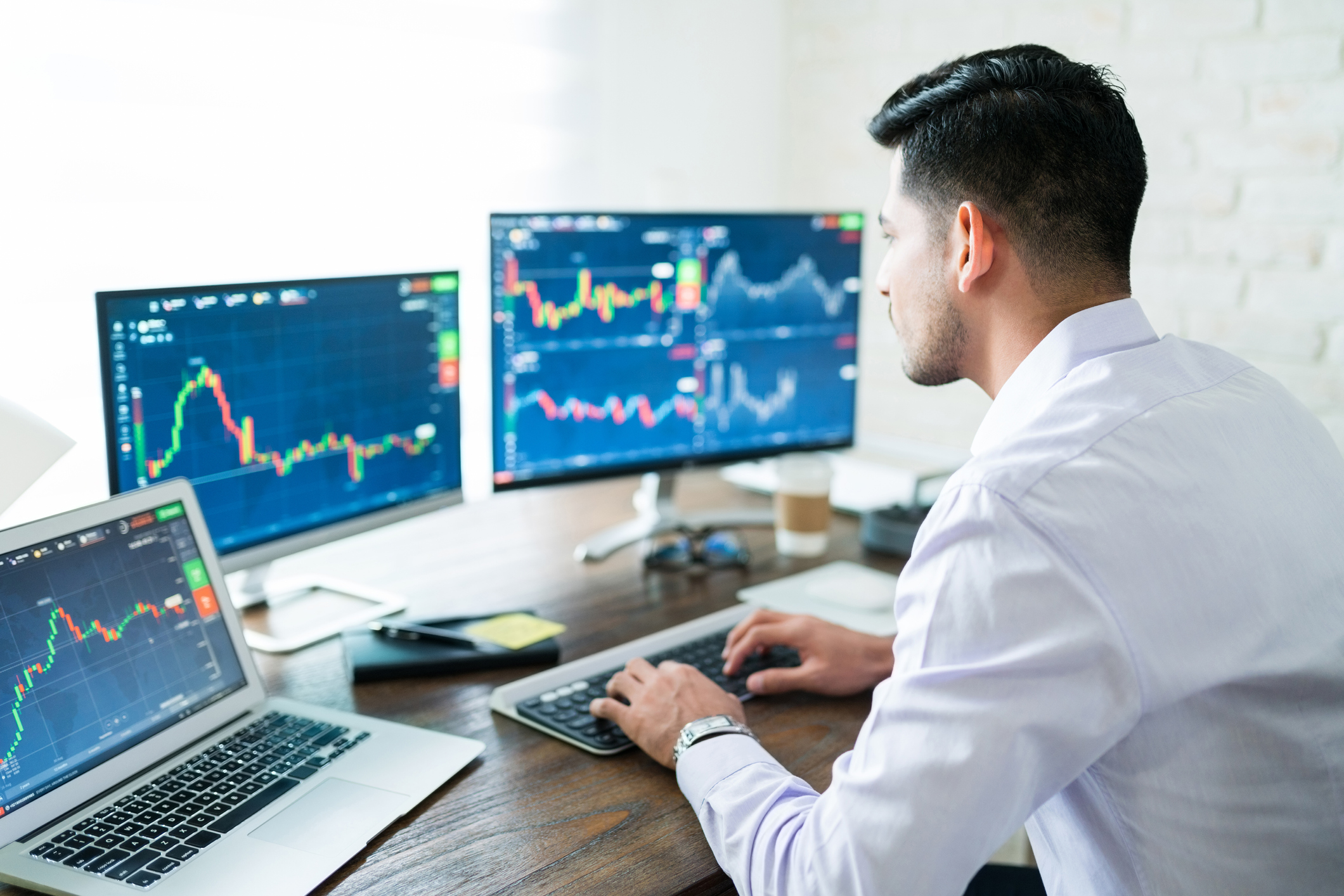