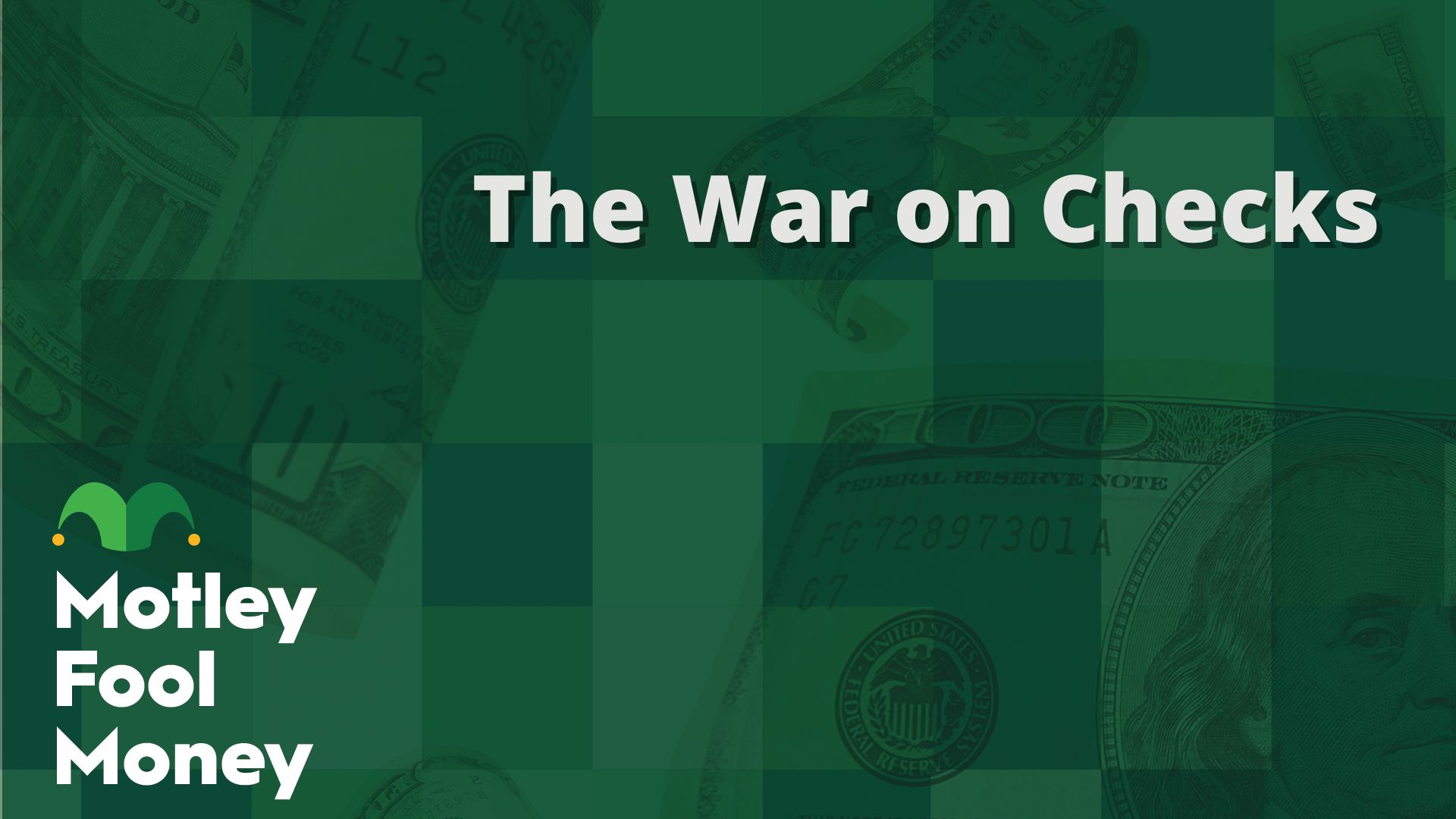 Elsewhere, advertising tech stocks have been hurt, but actual spend is holding up. Motely Fool producer Ricky Mulvey and Motley Fool analyst Asit Sharma look at the ad landscape, as well as one smaller player with a strong balance sheet.

To catch full episodes of all The Motley Fool’s free podcasts, check out our podcast center. To get started investing, check out our quick-start guide to investing in stocks. A full transcript follows the video.

Ricky Mulvey: Earnings season is back. We’re taking a look at Bank of America’s latest quarter and the future of adtech. You’re listening to Motley Fool Money.

Jason Moser: Hey, how are you?

Deidre Woollard: I’m doing good and Bank of America is doing pretty good, too. They announced earnings today, they beat earnings estimates even though profit was down. Banks like BofA, Wells Fargo, JPMorgan, they’re all getting this boost from higher interest rate income even as deposits are slowing down. Are higher interest rates a good news, bad news situation for banks?

Jason Moser: Yeah, I think that’s probably a fair way to put it. I would say, it probably favors more good news than bad. You look at banks that are maybe a little bit more levered to mortgage lending and maybe that drives up a little bit as rates go up. But generally speaking, we’ve been hoping to see this at some point or another with banks as interest rates continue to rise. We see ultimately the net interest income numbers for these banks this quarter really taking off and net interest income, for those unfamiliar with it, it’s the difference ultimately between the revenue generated from a bank’s interest-bearing assets and the expenses associated with paying on the interest-bearing liabilities. Ultimately as rates go up, we should see banks making a little bit more money in that net interest income. If you look at Bank of America, that net interest income was up 24% for the quarter. JPMorgan net interest income was up 34%, Wells Fargo up 36%. Definitely, a nice thing to see even though you probably you don’t like seeing your adjustable rate mortgage tick up, I’m sure, but I think that probably speaks to the merits of getting it 30-year fixed mortgage. But yeah, I think probably more good news than bad.

Deidre Woollard: One of the things that I noticed about the earnings was that the consumer is still spending, it’s slowing, but it’s still strong. But banks are really preparing for the worst. They’re pumping up their loss reserves. What does that mean and is there a possibility that it could be too much? Can they overprepare?

Jason Moser: I don’t think they can overprepare. Banks are obviously a very heavily regulated industry and they have to keep a close eye on this always. We always, every quarter we see either they’re pumping up those reserves or they’re releasing those reserves. Ultimately that loan-loss provision, it’s just something that banks set aside for potential uncollected loans and payments. It covers nonperforming loans, customer bankruptcies, things like that. We always say you want to prepare yourself for a rainy day. This is the banks’ version of preparing themselves for a potential rainy day. And definitely we’ve seen a lot of these banks setting aside a bit more as opposed to releasing money recently, if you look at Bank of America, their net reserve build was 378 million.

That was versus a net reserve release of 1.1 billion a year ago. JPMorgan, another bank that increased that reserve, they built up 808 million versus a release of 2.1 billion a year ago. Then Wells, they also, they added 784 million to their loan-loss reserves. It is something when you see banks doing this, it impacts earnings. When we see them setting this money aside, that is a little bit of a headwind to earnings. Conversely, when we see them releasing that money, that can be a little bit of a tailwind. It’s something that just plays out quarter-to-quarter and year-to-year.

In ultimately, you look for those tailwinds when you feel like they’ve got that money set aside if economic conditions are starting to improve. When they start setting that money aside, that when they start building that reserve, it can be a little bit of a clue as to what they see coming down the pike. It feels like to me they anticipate potentially a challenging situation here in the coming quarters, we hear a lot of talk about recession potentially hitting in 2023. A lot of people would argue that we’re already in a recession now. I think it’s one of those things that you expect to see it with banks, whether they are reserving or releasing. But the fact that they’re reserving does give us a little bit of a clue that maybe they see some challenges on the horizon.

Deidre Woollard: Those challenges are things like consumers that may be defaulting on their credit cards or things like that.

Jason Moser: Yeah. When you look at recessionary times, obviously, coupled with inflationary times, the consumer is really in a pinch right now and credit card balances are at historic high levels. Consumer savings rate, the personal savings rate is around 3.5%, which is historically a very low level. It’s a consumer right now that’s a little bit of a challenging spot. The banks are saying, “Hey, things might get worse before they get better and we may have some loans out there that ultimately won’t get paid. We need to put this money aside to make sure that we that we have our businesses in order and we’re meeting those capital ratios that the regulators expect to see.”

Deidre Woollard: Jason, you’re famous for talking about the war on cash. Bank of America saw 44% more Zelle transactions than checks written. Are we also in the midst of a war on checks and which fintech companies are going to be the beneficiaries of that?

Jason Moser: I hate having to write checks personally. Every once a while you got to do it. But we’re seeing more and more now that’s becoming an old way of doing business. I think you see the obvious suspects to me, you got PayPal and Block. They’re going to keep winning from this trend. I think you’ve got with PayPal obviously they also have Venmo. You see a lot of money moving between PayPal Venmo and Square Cash app. Those are the obvious winners. At Visa and Mastercard, I think do a wonderful job of finding positions in this value chain to help continue moving money around. They have partnerships, obviously with companies like a Block and PayPal. They’ll benefit as well. I think maybe some names that folks might not be as familiar with. You look at a company like Marqeta, which is ultimately a cloud-based API platform that helps companies, they are a modern card-issuing company.

They have big customers like DoorDash and Uber. They help these companies build their own personalized payment programs for their workforces. We recently saw a neat new relationship Marqueta forged with Uber and I believe it’s Mastercard. But again, I think that is another company that continues to benefit from more money moving digitally and then another one that focuses more on the enterprise level. If you look at a company like Bill.com, they’re hoping to digitize and automate the back-office financial operations for small and midsize businesses. Taking the paper out of doing the business and making it more electronic. Well, I think that those are some companies that should continue to benefit for some time to come. I will add to that, all of those companies I just mentioned, I actually own shares in all of them myself. I’m sticking by what I say here. I’m a big believer in all of those businesses.

Deidre Woollard: Well, speaking of expanding and financials, BNY Mellon, they’ve recently announced that they’re going to start holding crypto for clients. How much should we think about this as a potential game-changer? Are we going to see more uses of crypto? Is it finally going to become practical in some way versus just a trading mechanism?

Read More:The Big Banks Report Earnings and We Dig In | The Motley Fool

The Impact Of 5G On Banking And Its Advantages – Inventiva

The Impact Of 5G On Banking And Its Advantages - Inventiva