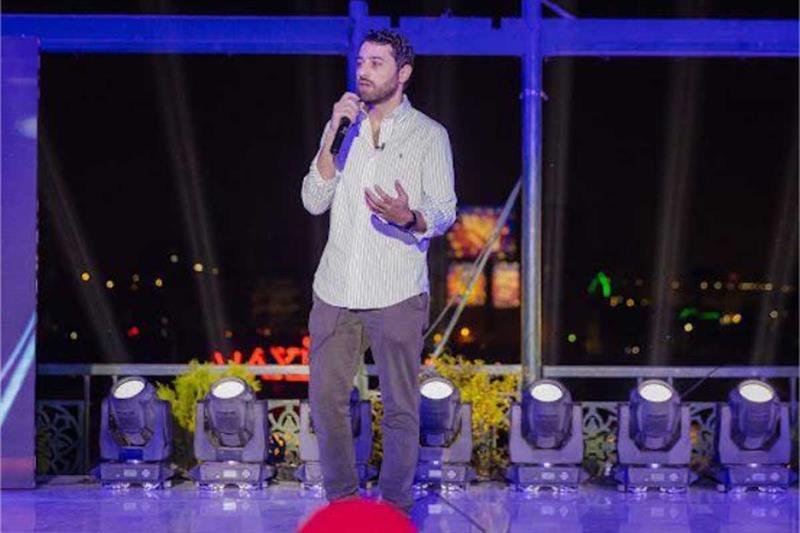 Fayek addressing the attendees during the event

Fayek made his comments in an interview with Ahram Online during an event WaffarX held on Friday to celebrate its four-year presence in the Egyptian market.

The company’s CEO attributed Egypt’s potential to the significant attention the government has paid to the fintech industry and the increasing trend from the citizen side towards leasing finance in the face of ongoing economic challenges.

Launched in 2018 in Egypt, the now-American-owned WaffarX has more than 280 merchant partners and it has recently completed a multi-million-dollar financing round led by the Silicon Valley venture capital firm Lobby Capital, its first ever investment in the region.

“The COVID-19 pandemic and European conflict have accelerated the fintech boom in Egypt. This came alongside the Banking and Central Bank law which came into effect in 2020 to govern the digital payments and payment infrastructure for the first time. All of that has strengthened and supported the fintech scene in Egypt,” Fayek added.

The past few years have seen significant changes in the fintech landscape in Egypt, which is seen as a potential landscape for fintechs and new startups creation, as well as a magnet for fintech investments, according to the FinTech Egypt Report launched by the Central Bank of Egypt in 2021.

As per the report, Egypt is now among the top four active African countries in the fintech industry, when it comes to concentration of fintech startups and total fintech investments in the continent.

Egypt is also positioned as the second-ranked country in the MENA region in terms of fintech funding deals and amounts, according to the report.

Fayek noted that the success of his company in the Egyptian market encouraged the company’s team to expand in other countries, particularly in the GCC market, adding that it will enter the Saudi market by 2023.

The event also marked the official announcement of the company’s recently launched in-store cash back service, as well as its new collaboration with the Commercial International Bank (CIB) in the form of the WaffarX I CIB programme.

“WaffarX plans to become a lifestyle not just an e-commerce services provider with a focus on delivering consumers a seamless, valuable and engaging rewards experience.. We plan to leverage the collaboration to combine our technology with CIB’s scale and yield even more benefits and savings for our members and CIB customers,” Fayek explained.

Fayek also said that the company plans to establish new partnerships with other banks operating in the local market as well as with governmental bodies and ministries, chiefly in regard with Meeza national payment system.

WaffarX I CIB customers get other exclusive benefits, like payment transfer six times a year instead of the usual four.

When your boss becomes your banker