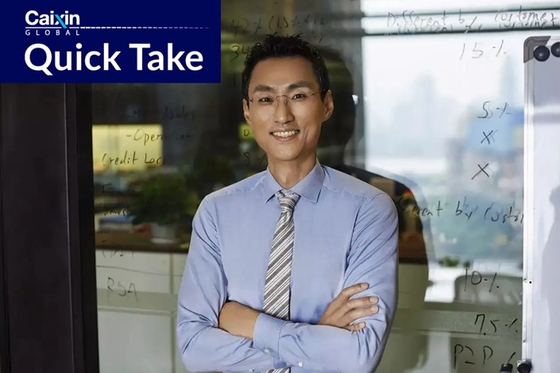 What’s new: Yong Suk Cho, co-CEO at Lufax Holding Ltd., has taken over as chairman of the New-York listed fintech company, according to the firm’s second-quarter earnings report

The new appointment at Lufax — which is backed by financial conglomerate Ping An Insurance (Group) Co. of China Ltd. — was approved earlier this month as Ji Guangheng resigned, Cho said in an Aug. 4 earnings call. Ji is a deputy general manager at Ping An.

Cho will also serve as CEO, while Gregory Gibb remains co-CEO, according to the company. Cho held various management positions at Ping An between 2007 and 2015 before being named as one of Lufax’s directors in March 2016, according to Lufax’s website.

The background: Shanghai-based Lufax, which was once one of China’s largest peer-to-peer (P2P) lenders, has transformed itself into a fintech giant offering wealth management and retail lending services following a sweeping clampdown on the P2P industry.

In the three months ended June, income from Lufax’s retail lending facilitation service fees dropped 24.8% year-on-year to 6.9 billion yuan ($1 billion), while transaction and service fees from its wealth management business rose 14.7% to 467 million yuan, according to the earnings report.

In April last year, Lufax was one of the 13 tech companies including ByteDance Ltd. and the financial units of Baidu Inc. and JD.com Inc. to be summoned by financial regulators. The companies were told to overhaul their fintech operations and follow stricter compliance requirements as part of the government’s efforts to rein in the rampantly growing sector.

Quick Takes are condensed versions of China-related stories for fast news you can use. To read the full story in Chinese, click here.

Download our app to receive breaking news alerts and read the news on the go.

Get our weekly free Must-Read newsletter.